Wearing my aunt’s blouse handmade by my granny.

I am in love with summer sunsets at the beach…  Especially with a cool beer on the side. Save energy and enjoy the natural cooler. Awesome results!

Apparently, what I tried out with my gluten-free beer, became soon a fashion at the beach!

PS: have you noticed the unique design of the jacket I’m wearing in the picture above? It’s one of my favorite, from the Italian eco-fashion designer Ecologina.

PPSS: the natural cooler works better and faster if you use it with organic juices/beers/drinks instead of sugar-artificial flavors packed Bacardi 🙂

How peaceful and relaxing it is hugging trees! Go out today and try to do it – the biggest the better! Hold it tight!

Don’t know what to put on for tonight NYE party? Organic jewelry is the answer! Francesca Mancini’s – alias Giardinoblu – elegant and delicate design could not be mistook with anything else. She is sincerly inspired by nature and got a sense on organic materials beauty. Thank you Francesca for the interview and the passion you put in your creations!

Snowy and relaxing days are here to come… Well, if you have time and you feel like being a creative sustainable maker, you could try the original “Garden in a ball” challenge:

Check out this useful resource to open source instructions of whatever type.

I have to confess... I bought them online via Grow the Planet – the ultimate social app which connects urban gardeners – yet I’m really keen on trying to make myself one!

Wish you a Happy Green Christmas!

Hi, I ‘m compensating emissions from this blog by joining this initiative by Doveconviene.it. They partner up with a German association involved in volunteer tree planting and re-forestation projects. As for the numbers, a blog is believed to contribute with about 3,6 kg CO2 every year to the atmosphere, but a tree can take in up to 5 kg CO2/year. So if you are a blogger, join the initiative or just plant a tree in your garden.

How many times you – stuck in the traffic jam – have dreamt about giving up the car and slowly walking through a wood, possibly alone… Now the dream is going to get real thanks to English non-profit organization Giveacar teamed up with Trees for Cities! “An average car will pay for around 13 saplings – about the right amount needed to offset a year’s worth of carbon.” – says The Green Thing Blog.

Thanks to Francesca Stignani for translation

“A real Italian miracle”. That’s how the press defined the global success of Med in Italy, the very first Italian hyper-sustainable house. The project involved a team of students and architects from the Universties of Rome and Trento, which worked on it for over a year in collaboration with some of the best Italian firms in the field of innovative building industry.

The name evokes the Mediterranean nature of the house, which has been designed for warm climates and as a response to global warming. The layering of the walls, containing sand in aluminum tubes and coatings of natural isolation made with wooden wool, ensure thermal balance, while the heating is provided by solar panels, which produce three times the energy consumed by the house.

The “Mediterranean house” can be assembled impressively quickly: five days are enough to put together the 50 square meter structure, plus five more days for the installation and the testing of the systems. Which is why this house is a perfect solution in case of emergency (i.e. earthquakes) as well as an affordable alternative to traditional building methods.

Med in Italy won the third prize in the general ranking at the Solar Decathlon Europe competition in Madrid, and  the first prize for Sustainability, concerning the environmental impact of the house in its “lifetime”. The low-impact of Med in Italy has been further confirmed by its transportation: the house has been carried from Italy to Spain and back by rail transport, thus sparing around five tons of CO2.

Although it’s not on the market yet, Med in Italy will soon be a real alternative and an attractive novelty for green architecture in Italy and abroad.

•  Spread the voice about Italian excellence!  •
[Med in Italy]

This Friday I couldn’t suggest anything than these three blogs – for Italian speakers only, sorry.

They are hosted by three “green bloggers” from Milan area – Marta Albè, Arianna Bosio and Giusy D’Addio. We were invited by Marinella Scarico to join the conversation at Change Up bloggers barcamp tomorrow on Sat 20th. Change Up is a new network working to raise awareness about sustainable and healthy living, particularly focusing on women and mother needs. All of you interested in, please feel free to join at Palazzo Liberty, Milan – till Oct 22nd – and on Twitter #scelgoio2012.

Have a good day!

So here you are my suggested blog of the week: Underground New York Public Library is a blog by photographer Ourit Ben-Haim snapping intimate moments of commuters reading their books. They are the Reading Riders of NYC Subway.

Are you following me on TW? Go @ecoSFL! 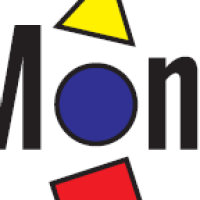 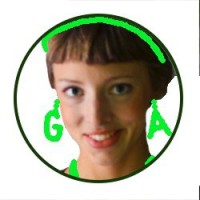 Non-Toxic Living in a Modern World

Trash is for Tossers

A blog about life on the road, and the beauty of seeing the world....

I am green addict